After months of blank sailing due to the pandemic, an increase in exports creates an imbalance between the supply and demand of shipping containers. Exporters face hardships as freight rates soar.

Despite the rebound of China’s exports, overseas shipments have become problematic. The Shanghai Shipping Exchange Index reached 2048.27 last Friday, twice that of April’s figure. A container costing USD 1300 in March now costs USD 5000. Some carriers are charging even more than that. While the freight rates between Shangai and Los Angeles have almost tripled, it has increased by four times between Shangai and UK.

Vessels from Asia to Europe are sailing underutilized owing to a shortage of containers. Almost all carriers have reported a lack of 40ft high-cubes (HCs) at their depots. Shipping companies even run out of 40ft standard boxes and 20ft containers sometimes. Index reports by Container xChange showed a deficit in container availability. The current container availability in China is at 0.05 CAx points, compared with 0.63 at the same time last year. 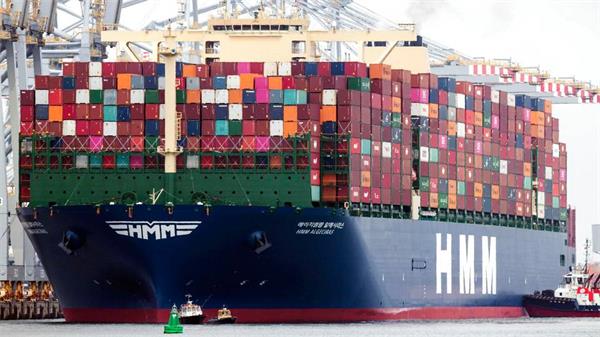 Though orders of Orient International Holding Shanghai Textiles Imp & Exp, a Shanghai-based textile exporter, have boomed, its freight rates have tripled since September. It mainly exports to Europe, Africa, and the U.S. More than 50% of deliveries have been delayed. He Wei, a business manager at Orient International, says that they are considering inland truck transportation temporarily to save time. Likewise, several other exporters are incurring losses owing to a shortage of containers.

China says its Working to Ease the Shortage of Containers

China’s Ministry of Commerce representative said at a news conference that it is taking steps to increase the supply of containers. Further, he added that it is working with related parties to increase the turnaround of containers and even improving the productivity of manufacturers of containers. Also, the state media mentioned that China had produced 300,000 TEUs per month since September. Besides, citing the logistics issues faced by shipping companies, China will tighten monitoring of the shipping market to stabilize the rising logistics costs in international trade.

To sum up, unequal distribution of containers along with disruptions caused by the pandemic is posing severe challenges to exporters.